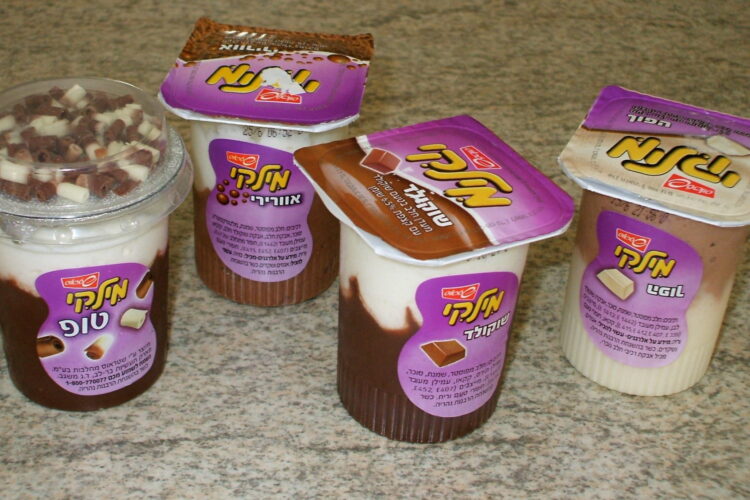 By User:Rav (Own work) [Public domain], via Wikimedia Commons

In yet another sign of the imminent apocalypse, a root cause of mass emigration of young Israelis according to the Israeli government is a chocolate-flavoured yogurt.

The ‘Milky’ brand yogurt, which retails in Germany three times cheaper than in Israel, has been described by milk by-product experts as, “A bit bland, a bit bitter. Just crap, really.”

A spokesperson from the Israeli Foreign Office told The Israeli Daily, “Look, the yogurt really isn’t that great. It’s got a weird texture and it kind of tastes like sugary vomit.”

“Germany, of all places! You’d think what with all of the stuff that went down 60 years ago, and I’m not saying it out loud, but it rhymes with ‘schmolocaust’, it wouldn’t be the first place young Jews would want to go.”

“But, yes, this is what we’re seeing lately. Apparently it all has something to do with crack-laden yogurt, which is apparently legal over there. Crazy fucking Germans. It’s always about shit or drugs with them”

According to Yuval, a 25 year old preparing to leave Tel Aviv for the rainy, utilitarian shores of Berlin, the decision was an obvious one to make.

When asked about the yogurt, Yuval began visibly shaking and drooling, wanting to know if we had any to sell him. After a confusing few minutes, where Yuval pleaded with us to give him, ‘just a drop’, Yuval refused to take part in the interview, leaving us to sit in a dark corner while scratching and twitching.