Yemen to Trump: Now You Know What Bombing Feels Like 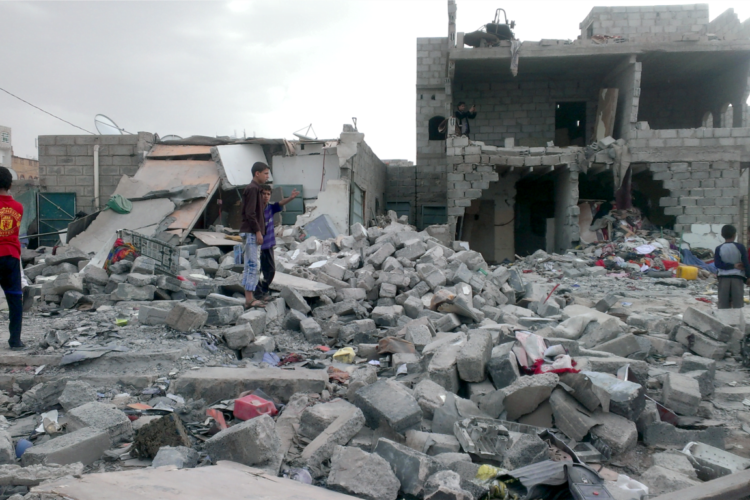 For years Yemen has been experiencing the (currently) worst humanitarian crisis of the 21st century, a country throat punched by war, famine, and pestilence, and much like Ivanka trying to mingle, they too are consistently ignored by global leaders. However, Yemeni diplomats felt a flicker of hope this week after watching Trump’s disastrous attempt at a campaign-relaunch rally over the weekend in Tulsa. Now that Trump has experienced what it feels like to be abandoned and to bomb, Yemenis are hopeful that he will finally come to their aid.

“They’re saying that Trump’s rally bombed” said one Yemeni diplomat. “We know how that feels, so if he needs someone to talk to, we’re still here. I know Trump didn’t really get our sense of sheer abandonment before but damn those empty seats were rough. And people were yawning. For Trump, that’s as bad as being indiscriminately murdered and starved to death for a decade. Maybe now he’ll help us.”

Appealing to Trump’s empathy may seem like a pretty far-fetched plan, but in Yemen’s defense, literally nothing else has worked. Some citizens, however, are less certain. “We saw his disaster relief efforts in Puerto Rico, what’s he going to do here? Throw paper towels at us in a desert?”

After a week of Donald Trump focusing all of his attention on the oil bombings in Saudi Arabia, Tiffany Trump has claimed responsibility for the attacks in the fleeting hope that her dad might finally notice her. Tiffany, known by her close friends as “Not the Worst Trump” and by her father as “Who?”, confessed on Instagram Live to using...

Following this weekend’s barrage of rocket fire from the Gaza Strip, a Hamas spokesperson has stated they were simply celebratory fireworks. “I would like to clarify a misunderstood situation,” the spokesperson wrote on his Facebook timeline. “The Palestinian people were simply overjoyed about the past few months of calm. Some of our citizens were so happy that they had decided...

As Minneapolis and dozens of other US cities were burning during riots following the murder of George Floyd by a police officer, The Mideast Beast asked Syrian President Bashar al-Assad, who is known as a seasoned expert on handling crowd control, what he thought about Minneapolis Mayor Jacob Frey’s handling of the situation. “Well, I am a gentle, polite man...