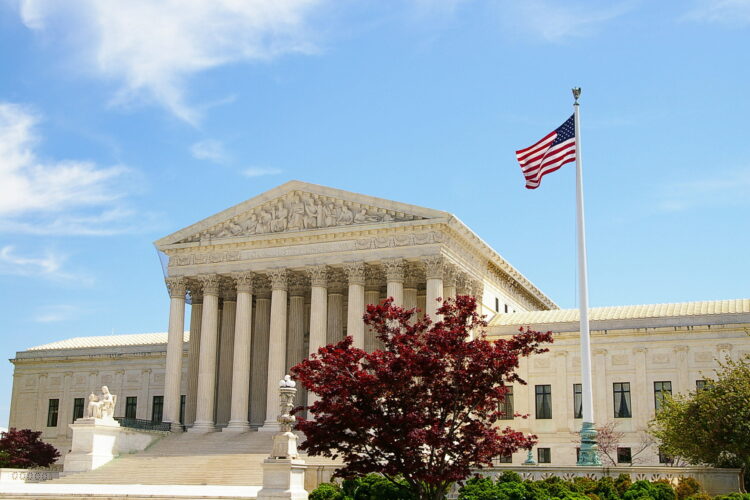 US President Donald Trump has nominated Amy Coney Barrett, a circuit judge for the Seventh Circuit Court of Appeals, to the Supreme Court of the United States.

Trump announced the nomination Saturday evening at a ceremony in the White House Rose Garden.

“She is a woman of unparalleled achievement, towering intellect, sterling credentials, and unyielding loyalty to the Constitution,” Trump said at the ceremony. “Amy is more than a stellar scholar and judge; she is also a profoundly devoted mother.”

Barrett’s nomination follows the death of associate justice Ruth Bader Ginsburg, a liberal icon who died on September 18 from complications from cancer. The vacancy has touched off a bitter partisan fight, with Democrats calling on Republican senators to hold off on making a confirmation to the Supreme Court prior to the November 3 election.

“A vote by any Senator for Judge Amy Coney Barrett is a vote to strike down the Affordable Care Act and eliminate protections for millions of Americans with pre-existing conditions,” Senate minority leader Chuck Schumer (D-NY) said in a statement released shortly after the announcement. “By nominating Judge Amy Coney Barrett to the Supreme Court, President Trump has once again put Americans’ healthcare in the crosshairs.”

Trump, however, seems to have enough Republican support in the Senate to push through his nomination without Democratic help. While Senator Susan Collins (R-Maine) has said she will not vote to confirm a justice prior to the election, other wavering Republicans including Senator Mitt Romney of Utah, Cory Gardner of Colorado, and Chuck Grassley of Iowa now say they will consider an appointment.

With a 53-47 majority in the Senate and Vice President Mike Pence ready to cast a potential tie-breaking vote, Republicans need fewer than four defections to push through Coney Barrett’s confirmation, assuming Democrats remain united in opposition.

Lamenting that the former first dog did nothing as his owner escalated a campaign of drone strikes and targeted killings, leftist activist Noam Chomsky is calling for Bo Obama to be brought before The Hague for alleged war crimes. “While Barack Obama violated the Geneva Conventions, the 1907 Hague Restrictions and the customary laws of war with his killings of...

All Jewish Pensioners to be Armed

In a further bid to control gun violence in America, all Jewish retirees are now to be armed and given full close quarter battle training by SWAT teams. An NRA spokesperson commented, “We fully support the President’s comments that things could have turned out differently if the worshippers had been packing heat. It’s clear that 97-year-old Rose Mallinger could have stood a...

In a rare return to the spotlight last weekend, mediocre Texan painter George W Bush urged for unity across political parties in order to effectively combat the coronavirus. This came as a shock to many Iraqi citizens who remember Bush for his previous passion for “liberation.” Despite Bush’s global legacy focusing largely on freeing people from their oppressors whether they...