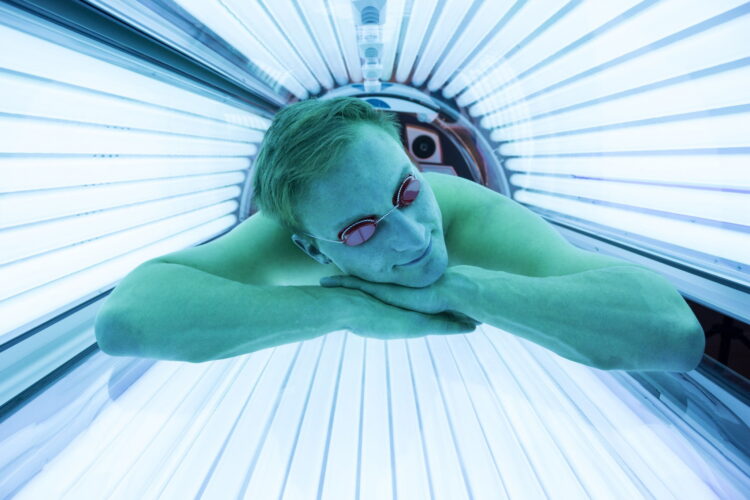 At a news conference on Saturday President Donald Trump said he will do everything in his power to force governors to open tanning salons across the country. The announcement came a day after the president declared churches essential, and is the latest step in the president’s strategy of opening up businesses that his voter base frequents.

“Governors need to do the right thing and allow these very important essential places to open right now, for this weekend. Nobody likes to see pale bodies on Memorial Day. Not good,” President Trump said.

Scholars have questioned Trump’s ability to force states to open tanning salons. While it is also dubious whether or not his orders to open houses of worship are within his power, experts say that in the case of tanning salons, there is another factor at play. “It goes beyond presidential power here,” said Michael McConnell, constitutional scholar at Stanford. “Most likely, citizens will be deterred from getting an artificial tan. The image of an ‘orange-skinned 73-year-old’ will probably pop into their mind right as they’re about to get in the tanning bed. I suspect that will keep them away. That’s what happened to me.”

Observers have pointed out that the move is part of a larger political strategy aimed at opening up places that are dear to the president’s supporters. April Ryan, a political commentator on CNN, said the push to open houses of worship was clearly aimed at the president’s white Evangelical base. “The tanning beds – that’s to shore up the suburban basic bitch vote.”

In a move aimed at highlighting their party’s diversity, the Democratic Party announced that Palestinian-American rapper DJ Khaled will take the debate stage alongside the party’s six leading white candidates. The decision came amid concern among Democratic leaders that all candidates to qualify for the debate would be white following Senator Kamala Harris’s withdrawal from the race. “We are the...