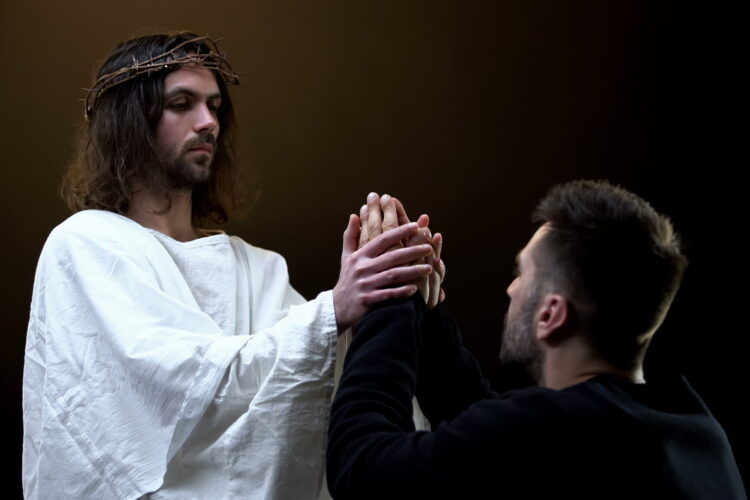 San Francisco will remove the name of Jesus Christ from all churches and public buildings after a renaming committee found that the Messiah “did now show sufficient commitment to raising the dead, healing the blind or cleansing lepers.”

Jeremiah Jeffries, the chairman of the renaming committee, also criticized Christ for only allowing a handful of paralytics to walk, as well as his cozy relationship with the Roman government and Judaean governor Pontius Pilate. Last week the committee recommended removing Abraham Lincoln’s name from a high school because the 16th President, known as the Great Emancipator and assassinated by a supporter of slavery, did not show that “black lives mattered to him.”

“Just because Lincoln was shot in the head because of his commitment to ending slavery, it doesn’t mean we should see that as sufficient,” Jeffries explained. “Similarly, Jesus may have been crucified and killed for his beliefs, but the New Testament and Gospels never document him renouncing his white privilege or apologizing for the benefits he received as a cisgender straight male. It’s about time he be cancelled.”

As of press time, the city has also demanded all buildings honoring Moses be torn down due to the prophets alleged lack of commitment to fighting slavery.

The high-ranking military officer known as “Q” now says he will try to break up the criminal child-eating global sex-trafficking ring controlling Washington DC in Trump’s second term, after he slept through his alarm Wednesday and was unable launch a climactic war against the cabal before Joe Biden took office. Q has long promised a day of reckoning called “The...

Following the ongoing crackdown in the United States on sweet nicotine nectar, ISIS has come to the realization that their old methods of bombings, shootings, and public melon-slicing, are simply not as destructive or effective as they used to be. In the past week ISIS members have been seen collecting all guns from the hands of their fighters and replacing...

Though ISIS has never been linked to a violent attack in the United States, “mostly peaceful” ISIS affiliates have begun demonstrating in cities across the US, including Seattle and Portland, where law enforcement officials have agreed to stand down.  Their demands are clear and their strategy effective.  Masked protestors dressed in black have been rushing into restaurants en masse to...

After seeing his administration snubbed by the Norwegian Nobel Committee despite its role in facilitating peace deals between Israel and two Arab nations, US President Donald Trump has established the “USA More Tremendouser Nobel Committee” and awarded himself its inaugural peace prize. Trump, who had lobbied for the Nobel Committee’s honors before the World Food Program was ultimately awarded the...