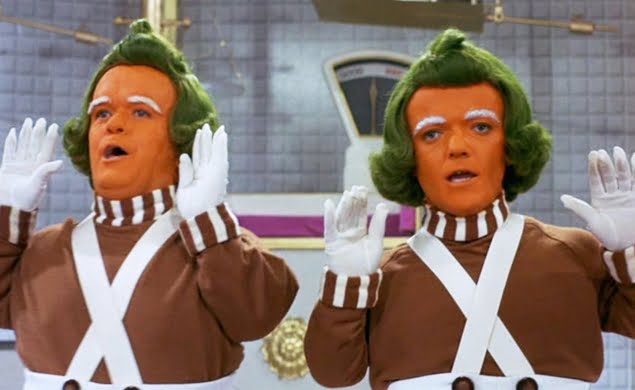 Photo courtesy of The Dissolve - http://thedissolve.com/

Russell Brand has revealed that his new ’cause celebre’ will be to end the exploitation of Oompa Loompas by the confectionery industry likening it to his struggle for justice for the Palestinian people.

Brand took up the cause after watching the late night documentary, ‘Charlie and the ‎Chocolate Factory’. Speaking exclusively to The Israeli Daily Brand said, “I suddenly saw this thing on TV and thought that’s just not on, all that working and chocolate eating. It’s like when I saw that thing one time on Palestine, I think it was on Al Jazeera, and that made me very sad about the conflict in the Middle East”.

In his new book, ‘The Revolution’, Brand makes it clear that he knows everything about everything and all people need to do is listen to him in order to solve all the world’s problems.

Brand hopes that his new cause will be less controversial. His snap support for Palestine has caused problems for his image and pocket, particularly as Jews ‎like to laugh a lot and make up a high proportion of any comedian’s audience.

In a recent piece for the Huffington Post, subtitled ‘I’m not Anti-Semitic but…’, Brand tried to undo some of the damage by explaining that he liked Jews despite the funny little hats, weird ceremonies and holocaust guilt.

However, his new cause has already run in to trouble. When contacted by TID a spokesman for the Chocolate Manufacturers Association ‎said, “Brand just doesn’t know what he’s talking about. It’s not exploitation. Before one of our members looked kindly on the Oompa Loompas they were being preyed on in their homeland by Whangdoodles, Hornswogglers and Snozzwangers”.