The Rise of ‘Tear Technology’ 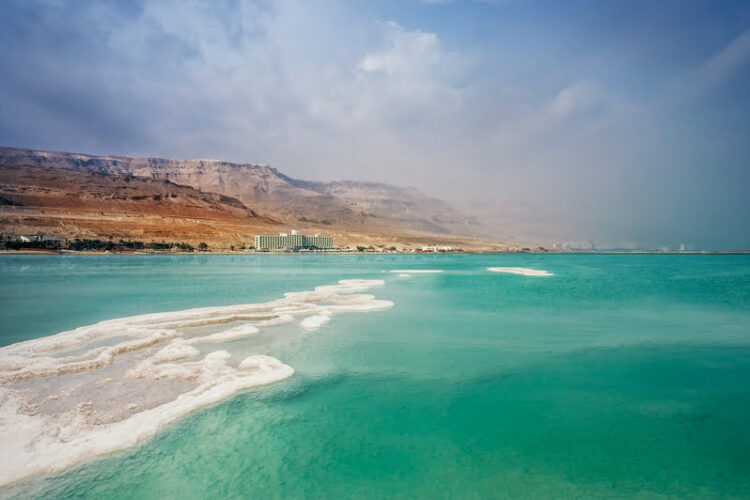 Recently, scientists have recognized a stark decline of water in the Dead Sea. “This is a phenomenon that is irreversible!” said Israeli spokesperson Eyal Dudu. Previous attempts to refill this astounding landmark of nature have proven futile because the Dead Sea continues to reject all attempted water types, including seawater from the Mediterranean.  Scientist Edward Berg recently discovered that tears have a saline content and molecular composition that could be compatible. Yes, tears.

Berg has visited refugee camps, hospitals and various waiting rooms throughout the whole of the Middle East to form his tear collection.  In the past three years Berg has collected just over 100 liters of tears, barely covering the surface of the Dead Sea. “With more media coverage, doctors, therapists, and tear-related professionals on board, we might lift the surface level by 10 cm in the next 5 years,” Berg predicts. “I’m pretty sure if we place buckets in the psychoanalyst offices for the upper classes in Tel Aviv we can double our output. Simply tell those bourgeoisie babies that they are closing the Gucci store and just wait for the waterworks.”

The amount of added tears thus far has been too insignificant to test its effectiveness.  Berg, however, plans to create an annual day of mourning where for one hour everyone is asked to cry. He has listed many trigger reasons on his website in case anyone has trouble reaching the point of tears. Reasons include: the people who were affected by the milk intoxication in China, those who have caught the Nile virus (or Ebola) and don’t yet know, Hiroshima, Prop 8 not passing in California, or the 2011-2013 Twinkie crisis.

The political implications are as grave as the story is improbable.  A Hamas Qassam-4 Rocket and an Israeli Iron Dome Interceptor have sent letters to their respective commanders declaring that they can no longer hide their love. “When I first laid eyes on her, it was the kind of thing that you feel deep in your fuselage,” said the Interceptor...

Building on the great success of the State Department’s initiative allowing Tweeters to weigh in on how to prevent terrorism, the Pentagon has unveiled its new “#WhoElseShouldWeBomb?” campaign. “We want your input. Share who you’d like us to attack. Are Iraq and Syria enough or are there countries we’re forgetting?” the Department of Defense’s official Twitter account Tweeted early Saturday, ending with...