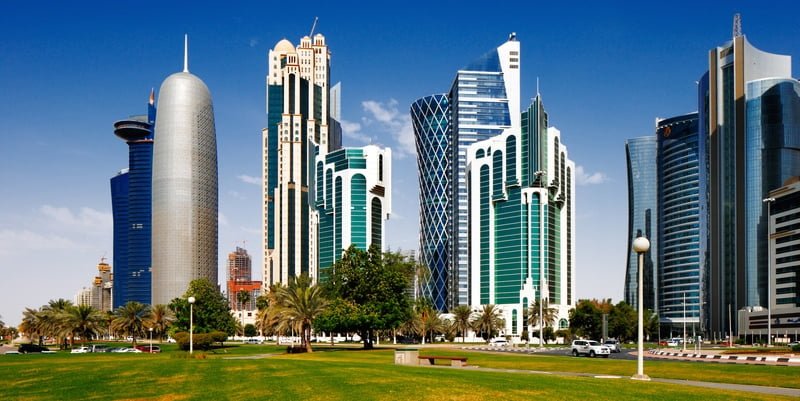 Restored diplomatic ties in the Gulf have allowed Qatar to put in a delicate request for aid with neighbour the UAE The Mideast Beast has learnt.

Speaking on condition of anonymity a high-ranking Qatari official told TMB that the country was requesting aid in securing an important service for the upcoming Soccer World Cup. “After a ‘lessons learned’ briefing from officials that attended the world cup in Brazil we have recognised that the oldest profession in the world is integral to the most professional ‎sport in the world.”

‎”We did a survey of the locally available talent and realised there are only a few ropey old Chinese hookers and local transsexuals in the country,” he continued. “When I want to score chicks I tend to go to Dubai, so we’ve asked the authorities there to assist us in attracting some high quality sex workers.”

Qatari officials acknowledge that they are deeply worried about the lack of prostitutes to sate the needs of the supporters of top soccer nations like Germany and France, and need to put an action plan in place as soon as possible in order to be ready.

“What Brazil taught us is that we need lots of very sexy ladies to really make the party happen. It’s going to be particularly important when you are stuck in a desert watching football in 45 degree heat with nothing else to do. Judging by Brazil it’s the heat just makes everyone hornier,” one of the world cup factfinders stated.

“What we’re hoping is that officials in Dubai will be able to show us how to attract some really hot Brazilian and Russian talent. But we realise we can’t be too fussy and may have to just settle for lots of the little brown ones,” he concluded.

Living in Israel, it’s easy to forget how good you have it. It’s only when real tragedies occur in other countries and dominate the media that you realize everything you’ve been taking for granted. I had this realization this week, as my Facebook newsfeed was littered with disaster stories from half way around the world. Families torn apart. Lives turned...

In a surprise announcement that caught the soccer world mostly not caring very much, FIFA unresigned kingpin Sepp Blatter announced that the 2019 Women’s Soccer World Cup is to take place in Northern Iraq and Syria. A smiling Blatter addressed the crowd of two journalists sitting next to ISIS emir Abu Bakr al-Baghdadi. “Abu is a bloodthirsty, genocidal, corrupt maniac,”...

DOHA – Despite multiple bloody wars rocking the region, nearly 20 Middle Eastern countries have launched a joint bid to have camel racing declared an Olympic sport. A delegation is due in Switzerland next week to argue their case before the International Olympic Committee. At a press conference in Doha, Qatar’s Sheikh Jamaal bin Tamim Al Thani, chairman of the...