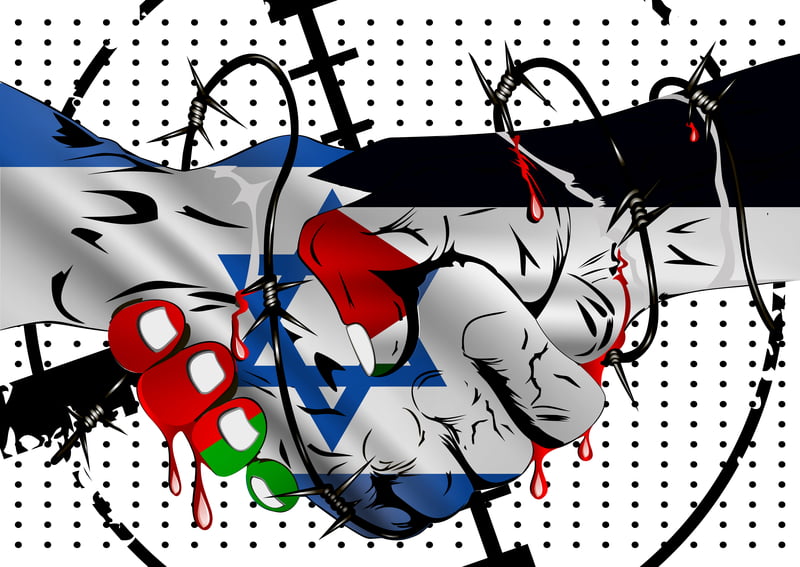 Israel has confirmed Palestine can have its own country if it beats the Jewish State at a game of soccer.

In an interview with The Mideast Beast, an Israeli spokesman said they were confident in the challenge as “apparently we shoot all the good Palestinian footballers anyway.”

BDS activists said that they would boycott the event if Israel were to use human walls to protect its goal should Palestine receive any direct free kicks.

“We do not recognize these walls and feel they are a hindrance to the match, despite their obvious use to protect Israel. Furthermore, we wholly reject the Israeli term ‘Goal Line Security Barrier’,” another BDS activist said.

Western media outlets have reported that the Israeli team may not defend itself from Palestinian attacks during the match and any acts of defense from Israel will connote a foul, even if they get the ball.

One Israeli player did confirm that the team plans on pulling out all the tricks, including illegally occupying Area A of the field and continuing the fake-fall-down-I’m-hurt routine in order to garner international sympathy. “What? A lot of people don’t like us, so you know, whatever it takes.”