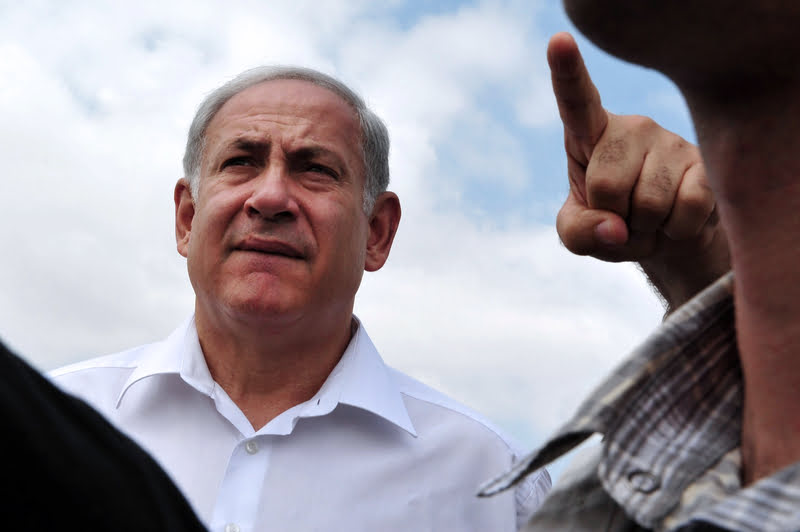 Following the row in his coalition around the ‘Jewish State Bill’ that would have placed Israel’s status as a Jewish State ahead of its commitment to democracy, Prime Minister Netanyahu hoped to lessen tensions with a Bill making Israel the Nation State of Falafel.  “Falafel is the national food of Israel and of the Jewish people.  It is our unifying symbol, and it’s delicious.  Let all Israelis stand with me in support of fried balls as the heritage of the Jewish people,” exclaimed Bibi through a mouthful of crumbs.

Response to the proposal was rapid and decidedly mixed.  Israel’s allegedly half-crazy Minister Neftali Bennett requested clarification as to whether the Bill would demand that the Palestinians must recognize falafel’s status ahead of any peace agreement.  The slightly loud and definitely plump Foreign Minister said he might support the Bill so long as it required every Israeli to eat at least one falafel sandwich a day or be stripped of their citizenship.  MKs from one religious political party at first insisted that cholent, not falafel was the true dish of the Jewish people.

RELATED: Netanyahu: “I Can’t Make Sure Israel Stays a Democracy Unless You Make Sure I’ve Been in Charge of it For Twenty Percent of its Existence”

Hours later, they declared that they would support the Bill if it included a clause maintaining their constituent’s exclusion from military service, and that men and women were allowed to eat their falafel separately. Opposition leader Isaac Herzog, who’s maintains that his glass is always half full, condemned Netanyahu for acting unilaterally.  “Surely through negotiations we can share falafel with the Palestinians as Yitzhak Rabin dreamed – one dish for two peoples.”

Outside the Government, the proposal received sharp condemnation.  Amnesty International declared the Bill “a genocidal effort to seize another people’s cuisine.”  Food related issues have been a stumbling block to Arab-Israeli peace ever since former Prime Minister Menachem Begin, as part of the Camp David Accords, ceded tabouli to Egypt to achieve the current cold buffet peace.

The leader of the Islamic State, al-Baghdadi, was shocked to find his name on a list of other adulterers from the hacked Ashley Madison website. In a surprising twist, the Islamic State’s barbaric policy of rewarding fighters with victory slaves-brides did not lead to blossoming relationships. Al-Baghdadi told The Mideast Beast that he had simply “lost the sparks” with all his regular and slave-wives. The...

Focus groups were conducted in Saudi Arabia to explore the social, political and economic ramifications of allowing women to drive in the kingdom. The conservative monarchy, not known for its support of women’s rights, did not allow women to be part of the research sessions and is reluctant to make known any of its findings. The Mideast Beast however, was...