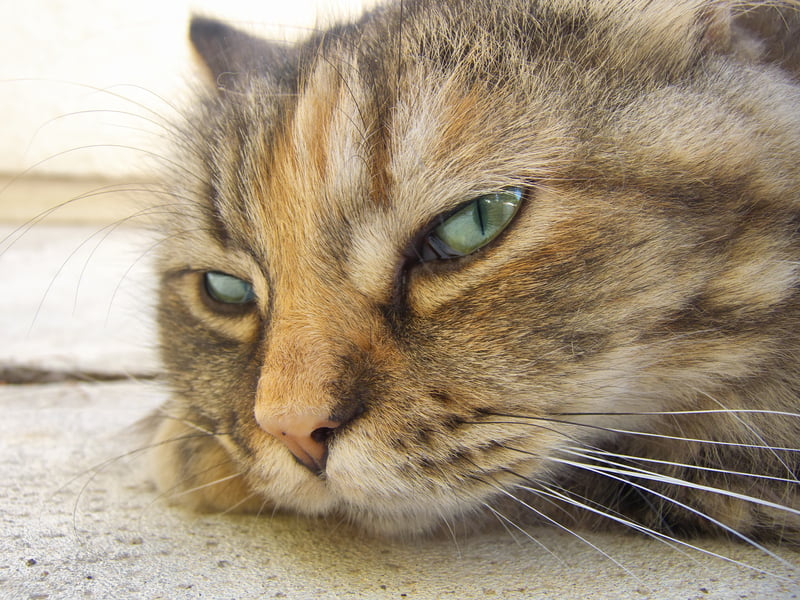 Persian cat with green eyes, now on the run from Kuwaiti officials

Kuwait’s lower court has sentenced a stray Persian cat to 11 years in jail for allegedly insulting the ruler of the oil-rich Gulf state on Twitter. Bernt Bystrom, Director of the International Feral Cat Initiative, said that the furry defendant, who has apparently fled the country, was not present at the ruling.

“Shirazi has hightailed it out of that gilded cage.” Bystrom stated from Stockholm after the verdict was handed down. Our feline friends of the Persian persuasion have been living in fear ever since Iranian President Rouhani threatened to turn Kuwait into a giant litter box if it didn’t stop fiddling with the world’s oil prices.”

According to Bystrom, Shirazi the cat was arrested in December 2014 for “taking part in a gathering of unregistered, stateless felines who were licking themselves in front of a statue of Emir of Kuwait Sheikh Sabah Al-Ahmad Al-Jaber Al-Sabah.”

“The Emir’s feelings are hurt? The real insult is what passes for cat food around here,” Bystrom fumed. “In the last phone conversation I had with Shirazi, he was in tears telling me about how he had to fight other street cats to the death every night in a large trash bin near a Kurdish takeaway restaurant just to get his paws on some decent scraps.”

In response, the Islamic Republic of Iran, formerly known as Persia, issued this curt statement: “The State of Kuwait’s persecution of Persian cats is an affront to international law. The Emir of Kuwait aint nothing but a hound dog, cryin’ all the time. He said he was high-classed, but that was just a lie.”