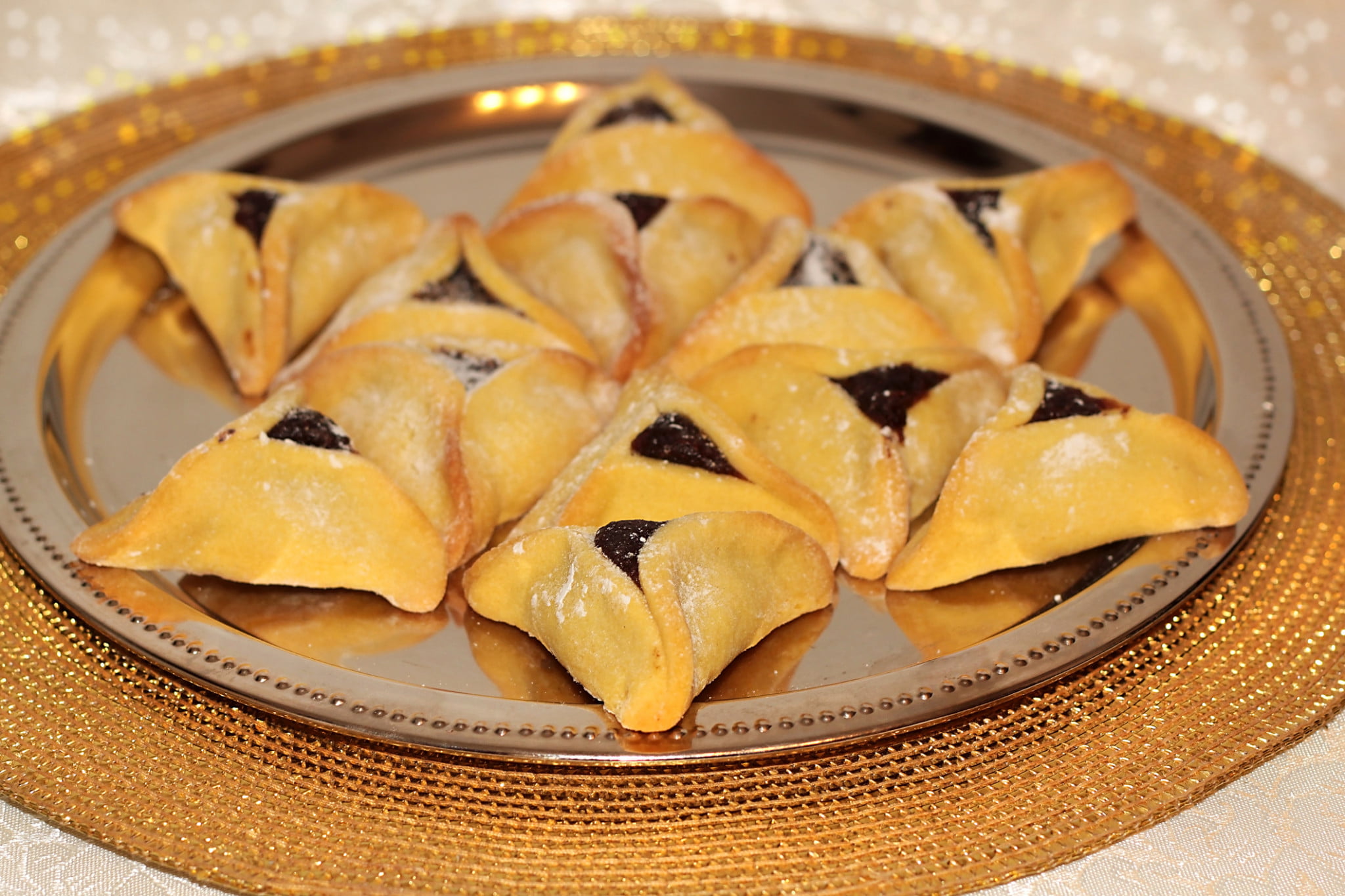 Hamentachen, filled-pocket cookie or a pastry devoured on the Jewish holiday, Purim

The fine-tuned machine that is Israeli diplomacy was thrown into disarray when Palestinian Authority President Abbas released a late night voice mail left by Israeli Minister of Economy Naftali Bennett. In it Bennett made an emotional, if somewhat rambling, plea for peace. “Mahmoud, Mahmoud, why should we kill each other? You think Ayelet Shaked is a hotty, and we think she’s a hotty. You like humus and we love humus…of course you also like Hamas, but seriously can you eat Hamas on a pita? Can’t we just make peace? Is it about the Temple Mount? You can have it, just don’t throw rocks down on people praying at the Wall…wow, I could really go for another Hammentachen…maybe with a milkshake. What? It’s Purim!”

With the recording, Abbas announced that he would consider returning to negotiations based on the ‘Bennett Plan’ so long as Israel also pre-agreed to a full right of Palestinian ‘Return,’ give up part of downtown Tel Aviv, and share ‘some of that sweet, sweet natural gas revenue.’

Bennett initially claimed Abbas fabricated the recording. However, when The Mideast Beast uncovered his phone records which included seven long calls to Abbas and three for pizza delivery on the night in question, he admitted the truth. “You know what Purim’s like, someone dropped some hammentachen at my door, poppy filled, and I didn’t bother to look to see who sent them. I didn’t realize that they were from the Green Leaf Party. Me making a peace proposal! Could there be anything more shameful…” Attempting to regain his credibility, Bennett went on to promise that, if elected, he would push the next government to annex both Hebron and some of those “sweet, sweet pot farms” in Humboldt County, California.

The Sultanate of Oman breathed a collective sigh of relief this past week after everyone in the Gulf state came to the realization that no one in the western world could give half a shit about their existence – and most didn’t even know it was a country. This has given them license to continue business as usual, so long...

Millions Wanting Some Peace and Quiet are Flocking to Israeli Settlements

News that the cellular giant Orange is ‘cutting ties with Israeli firm’, has led to an influx of Israelis into settlements in an attempt to “just get away from it all.” Jacob Dudu commented, “I just want the opportunity to have a day outside of city-life without having to listen to some dick’s inane conversation with his new girlfriend. Why...

At the annual Fun-Islam Convention in the coastal city of Bushehr, Iranian Supreme Council member Jawafar Rafsanah admitted that Iran’s nuclear program was merely “a joke that simply went too far”. Rafsanah, speaking on condition of anonymity, said that the nuclear program began as an internal joke between (Supreme Leader) Khamenei and President Rafsanjani, who had told the leader “hey,...