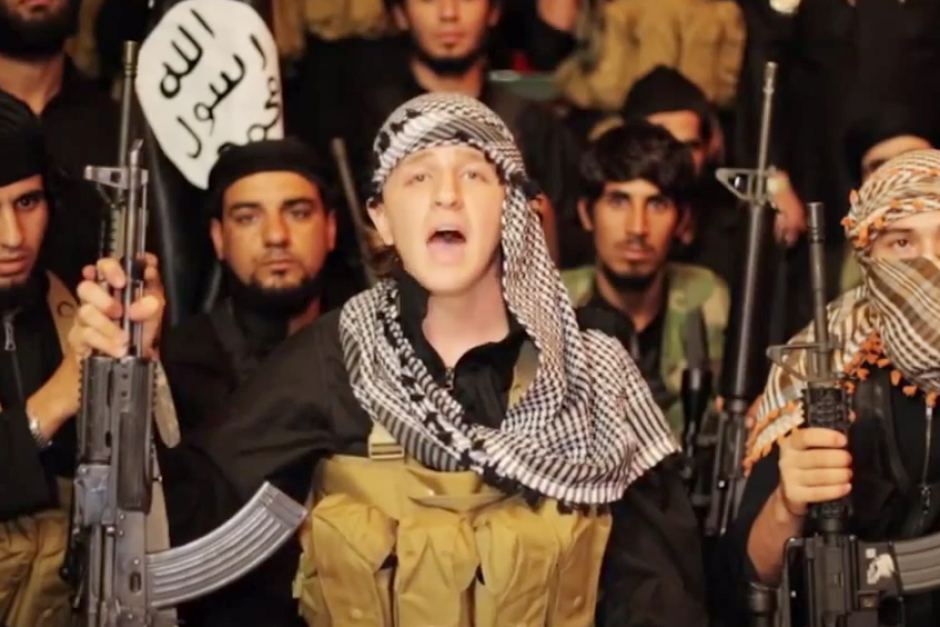 Courtesy of ABC News, in report by Dylan Welch - http://ab.co/1wh1xBp

An Australian teenager (Abdullah Elmir) featured in an ISIS video that surfaced last year, threatening the Australian Prime Minister, “Imperialist Powers”, and some girl called Mandy that refused to go out with him, has been confirmed by Western Intelligence Agencies as having a “remarkably small penis”.

Having coordinated activities over the past few months and learning that the young man – often referred to as ‘baby face’ – has been suffering from depression, the CIA was able to confirm last night that the major cause of his angst was a ‘lack of size down there.’ “We’re talking about a young boy fighting a war in a foreign land, lobbing off heads like he’s in Revolutionary France, and being far away from mommy and daddy,” commented one Intelligence Officer to The Mideast Beast’s Rani Steelballs. “Surprisingly ISIS can sometimes not be a warm and welcoming group environment, and apparently they haven’t been slow to comment on his shortcomings.”

According to one ISIS detainee under interrogation, ‘baby face’ had just come out of the shower. He got spooked when he saw a human head sitting on the counter. Screaming like an eight-year old girl, his towel dropped in front of everyone. “We just couldn’t believe what we saw. I think it was Bob that first pointed and asked, ‘dude, where’s your rocket and grenades?’ and then everyone joined in. Personally I was proud of ‘that’s not a knife, THIS is a knife’, but then I’m a mad Crocodile Dundee fan.”

Of course the video did nothing to help the jihadist’s issues with length and girth, but at least now he believes he has a purpose.

Reports that the USAF will be air dropping cases of extra large condoms marked ‘small’ over the last known coordinates of the troubled young man cannot be confirmed at this time.