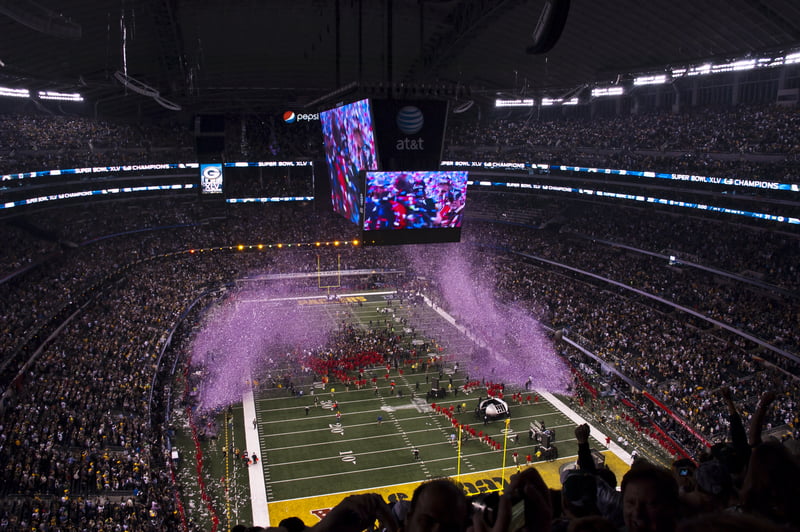 Super Bowl commercials for 2015 have been rolling out ahead of the big game on Sunday and, surprisingly, an ad by the Islamic Republic of Iran promoting the lifting of all sanctions against the country is generating some serious buzz.

Produced by Iran’s Ministry of Barely Existent Tourism, the spot compares the increasingly moderate policies of the government in Tehran with a sex change operation.

Farouk Ford Kashani, who directed the 30-second broadcast, describes it as “featuring a drop dead gorgeous woman at a high school reunion who turns out to be a man. The tagline: ‘It’s amazing the changes you can make on the outside for a few thousand dollars. Imagine what Iran can look like to the West if international sanctions were lifted.'”

Kashani predicted that his blurb would have a powerful effect on the estimated Super Bowl XLIX audience of 185 million Americans: “For years, the Zionist regime has been churning out cheesy horror movies about us being a bunch of turban-wearing ghouls out to devour the world. Do I look like a Zombie flesh eater? I’m a vegan for crying out loud! After our commercial is screened, millions of drunken hillbillies will finally understand that Iran is about as intimidating as John Kerry’s Middle East peace efforts.”

To stem a possible pro-Iranian tide, Israeli Prime Minister Benjamin Netanyahu announced that he and Katy Perry would be dueting on the global superstar’s hit song ‘Firework’ together during the halftime show, as if that’s going to win people over.

Senior ISIS leaders have been seeking confirmation on whether “Duck Dynasty” is something that people actually watch, or just some elaborate prank that they just aren’t getting. Abu al-Masri, a professional head separator with the organization, was clearly confused, “We’ve had a few set backs lately, but the upside has been a little more time to catch up on our...

TEL AVIV — In a surprise move, legendary musician Dave Matthews has decided to immigrate to Israel.  In an interview with Yonit Levy, the musician said, “This was a difficult choice for me, but this seems like the right time to be with my people.”  Mr. Matthews will move to Tel Aviv by year’s end. Mr. Matthew’s publicist elaborated on...

Flush after the success at the UN, President of Iran Hassan Rouhani has said that he is launching a campaign to change the US’ current official name in Tehran to reflect greater cooperation between the two countries in the fight against Islamic terrorism. “It started when me and the big O went down to the West Village to grab some...