Iran Nuclear Talks Abandoned as a Result of ABBA Concert 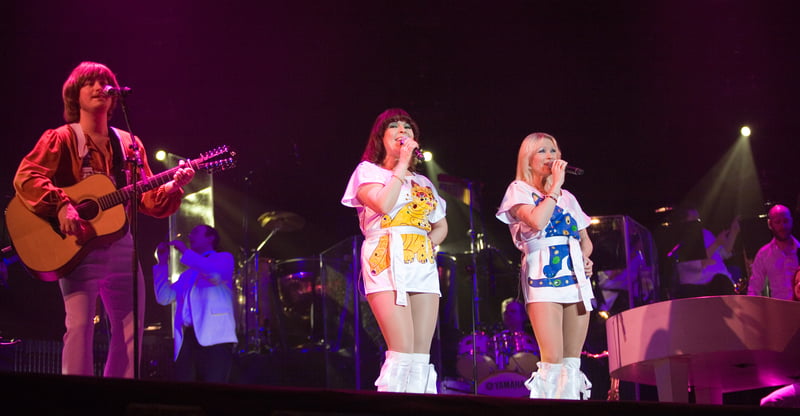 © Frenc | Dreamstime.com - Members Of The ABBA The Show Performs Photo

Hard partying senior level diplomats in Vienna have brought the Iranian nuclear talks to a screeching halt. An outbreak of laryngitis has been diagnosed as causing the sudden derailment of negotiations over Iran’s atomic ambitions.

Fabius was last heard yelling “Hey Phil, wake me up before you go-go!” before passing out in a pool of his own vomit behind the bar and underneath the bartender.

In another part of the city, several eyewitnesses confirm that US Secretary of State John Kerry and his Iranian counterpart did body shots off young American tourists inside the legendary Kaktusbar. “Less filling tastes great, isn’t that right Jay?” Kerry was overhead prodding the Iranian Foreign Minister. “Just like your sanctions regime, Jack-O!” was the response.

And just outside of Vienna, European Union foreign policy chief Catherine Ashton was filmed by several shocked audience members whipping her brassiere around during a rendition of Dancing Queen during the ‘Abba Gold – The Concert Show’.

“I have never seen a white woman with less rhythm,” observed another fan of the Swedish pop group, China’s top diplomat, Wang Yi.

Because of the weekend debauchery, a new debate has broken out between Iran and the world powers; “Who the hell is going to tell Putin we’ve lost his Ambassador.”

With the country gripped with panic after months of terrorist attacks and some calling this the start of a third Intifada, Israeli Prime Minister Benjamin Netanyahu convened an emergency cabinet meeting Tuesday evening to address Playboy magazine’s announcement that it would no longer run images of naked women in its print edition. “Everyone in this country is in a panic over...

As questions of how to approach the massive influx of Middle Eastern refugees into European nations grow louder and louder with each passing day, it seems that everyone has given their two cents, other than the people being discussed.  While every country has been asked whether they’d take refugees, no one has bothered to ask the refugees where they’d like to...

Vowing to “double down on our undying bloodlust,” Gaza’s prime minister opened the College of Innovative Infidel Killing & Eradication (CIKE) yesterday, cutting the black-and-green striped ribbon before executing 26 “perfidious Zionist spies” in celebration. “We are especially proud of our trailblazing degrees like the Bachelor of Jew Slaughter and Master of Homocide – the first of their kind in...