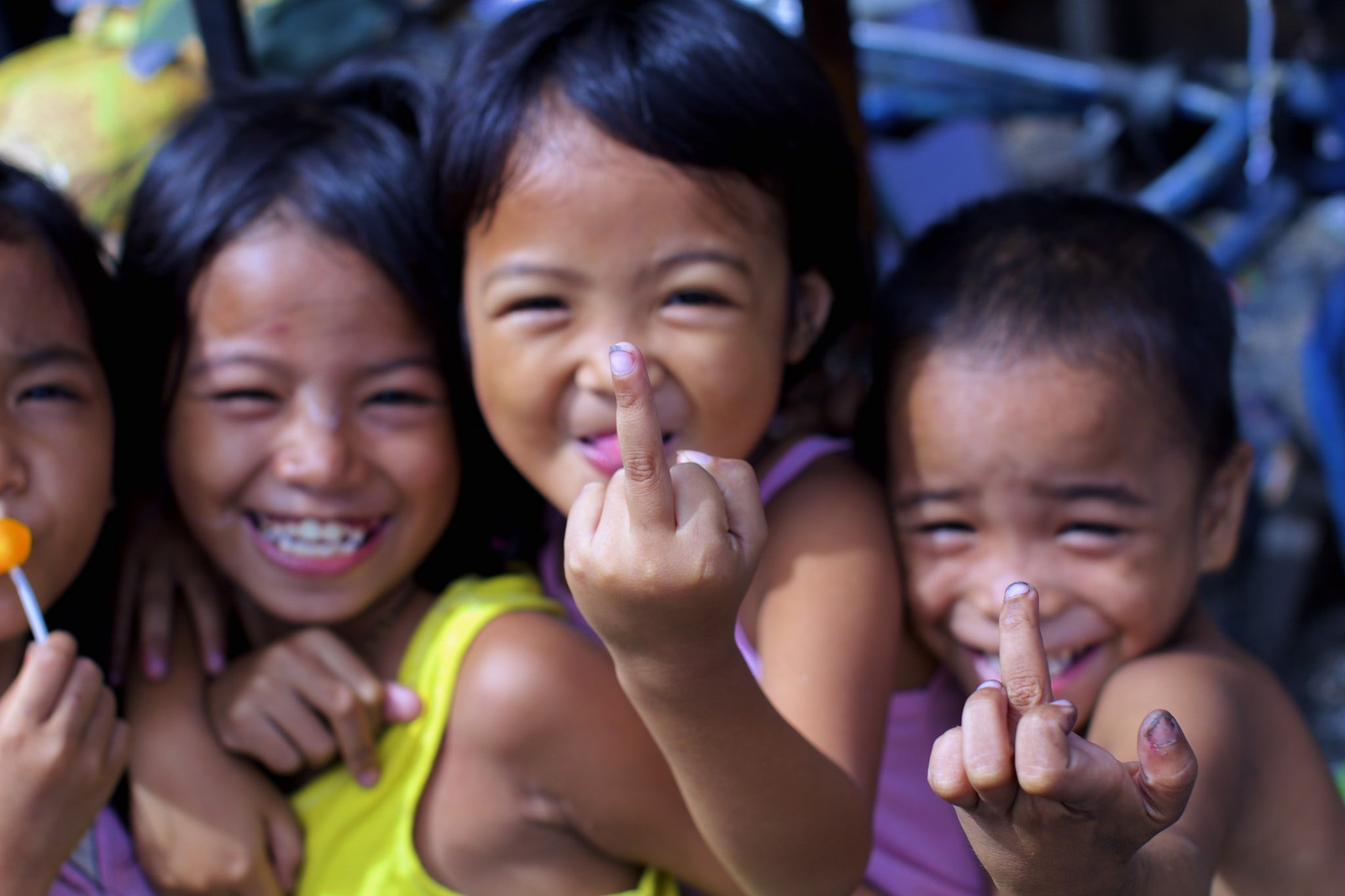 An anti-ISIS respondent (center) pictured with her friends in the Philippines. (Photo by John Christian Fjellestad via Flickr http://bit.ly/1Tls7nM)

In a world dismally divided along religious, political and economic lines, nearly everyone, from Ankara to Tunisia, can at least agree on something: ISIS is a cult of satanic pedo-Nazis.

According to a Pew Research Center poll conducted among two million people across all seven continents – including North Korean gulag wardens, Sudanese mass murderers and entirely warm-hearted glaciologists in Antarctica – a staggering 99.9% of humankind agrees with the statement, “Fuck ISIS!”

From terror attacks against Sunnis, Shi’ites, Christians, Jews and Yazidis in places as varied as Baghdad, Paris, Ankara, Brussels, and Dallas, to mass beheadings and sexual enslavement of minors, even 9/11-cheering Islamists concur that ISIS crosses the line of acceptable evil. As one shepherd in Yemen put it: “I’m all for slaughtering Yankee infidels, torching adulterous women and throwing sodomites off roofs, but gang raping thousands of pre-pubescent girls is a step too far – though marrying one, however, is OK.”

Unsurprisingly, ISIS fanatics comprise the bulk of those who disagree with the survey’s statement, along with many in the news media (“there’s nothing like synchronized suicide attacks on the ‘City of Love’ to boost our web traffic – so keep ‘em coming, habibis”). Rounding up the figure are hardline Zionists (“ISIS does more for our PR effort than AIPAC, Adelson and Iranian Holocaust denial combined”), as well as Obama’s ex-pastor, Jeremiah Wright (“No, not Fuck ISIS. Fuck America!”) A negligible few also appear to have confused the jihadist group with Isis the ancient Egyptian goddess, including a history-loving gay hermit named Nigel: “Fuck ISIS? No fucking way!”

ISIS Demands Release of Martin Shkreli, Calling Him a Hero in the War on the West

Calling the vilified financial executive a valiant warrior in the fight against American citizens, ISIS leader Abu Bakr al-Baghdadi demanded the U.S. government immediately release “Pharma Bro” Martin Shkreli. “By raising the price of life-saving pharmaceutical drugs 50-fold, Sheikh Shkreli has shown an unparalleled commitment to jihad against the American infidels,” al-Baghdadi said in a video released online by the...

French Far Rightist: Jews Control Half the World, Muslims the Other

PARIS – Jean-Marie Le Pen, the founder of France’s far-right National Front party, has accused Jews and Muslims of “global co-domination.” At a rally in Paris yesterday, the convicted Holocaust denier said: “Jews control the U.S. Congress, the German government and the global media, banking and pornography industries, while Muslims control the UN, the White House, [French President] Hollande and...

President Barack Obama has been added to the federal Terrorist Watchlist after NSA surveillance discovered the president had not only attended but spoken at a mosque in Baltimore last week. “Mr. Obama was seen on February 3 entering the Islamic Society of Baltimore, where he stayed for approximately one hour,” one NSA official told The Mideast Beast on the condition...