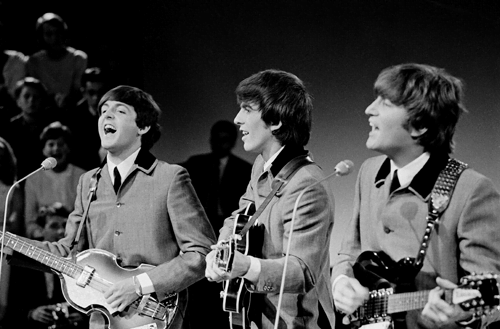 The Islamic Resistance Movement, Hamas, danced the night away to classic Fab Four songs, in honor of the 27th anniversary of the militant group’s formation.

Local tribute band Rubber Souldiers stormed the stage Friday night and performed for a capacity audience at Gaza City’s Palestine Stadium. Playing a toe tapping set that brought the crowd of ten thousand current and future shahids to their feet on several occasions.

Rubber Souldiers’ uniquely jihadist takes on the Beatles catalogue were recorded live and the the Palestine Stadium concert has incidentally gone viral, becoming hugely popular not only inside Gaza and the Arab World, but developing a devoted following in London, Long Island and Weyburn, Saskatchewan.

Below, are the most widely viewed songs from Rubber Souldiers’ playlist: