“Frozen” out in Iran 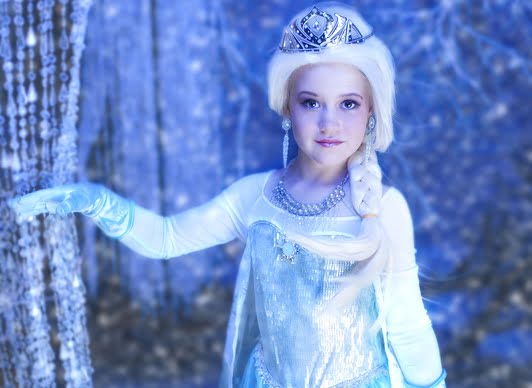 Clerics in Iran have issued a fatwa proclaiming the Disney film Frozen as the greatest danger to Islam since Salman Rushdie.

At a press conference in Tehran the head of the Islamic Film Unit, Mullah Farsi Akhtar, explained the concerns. “I came home from a hard day banning indecent films such as 22 Jump Street only to find my nine year old niece watching a dubbed version of Frozen on her laptop,” he stated.

“At first it just seemed like any other cute Disney film. I’m pretty partial to a bit of The Jungle Book myself, Baloo just cracks me up. But after watching a few minutes it was clear that the message from the film was that girls should be confident and believe in themselves, which is very unislamic.”

The Fatwa officially states that Frozen conflicts with Islamic values and that from now on parents should not let themselves watch the film. In addition, a hardcore ant-Frozen movement is in the process of organising a t-shirt burning event.

One of the organisers told TID, “Burning the Great Satan’s flag has really lost its impact so what we’re looking to do is burn something that people really care about. In this case we’re looking for kids’ t-shirts with that appalling Elsa image on them”.

However, another member of the IFU says that the causes for the fatwa go deeper. “Actually we were all just tired of Mullah Akhtar coming in humming that damn ‘Let it go’ song and twirling round the office. So we got together and persuaded him that really any film with a Troll King in it is against the spirit of our faith.”

Tens of thousands of Israelis flooded the streets of Tel Aviv today demanding more choices in their upcoming election. Protest Leader Avi Ben Shlomo addressed the crowd. “We Jews have defied history and built a state. Is it really so much to ask that we have a choice of a leader with a real name? Bibi? Bougie? Seriously, Bamba sounds...

Jeb Bush’s impending presidential announcement, greeted by yawns from most, has electrified the Neo-Con fanboy community. Fans bid up tickets to Bush’s foreign policy speech, given at the Chicago Council of Global Affairs, to as high as $15. All were desperate to catch a glimpse of a neo-con ‘rockstar,’ and maybe snag an autograph. “I heard Paul Wolfowitz is on...