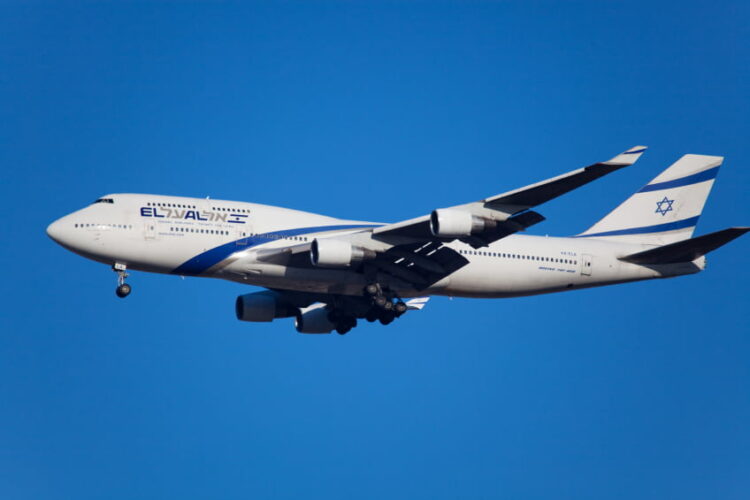 In an important announcement from El Al earlier today, Israel’s national airline broke the news that they will soon be operating the world’s first entirely kosher airplane.

In a move that delighted the ultra-Orthodox Jewish community and confused pretty much everyone else, the airline’s press conference overran by half an hour while a spokesman explained just what a ‘fully kosher’ airplane would entail. The Israeli Daily can now reveal (after some carefully drawn diagrams and arm-waving explanations from El Al staff) this will include, but not be limited to: kosher inflight Wi-Fi, blocking anything incorporating the mere suggestion of women; male passengers to be seated in the front section of the plane, with female passengers (and male children under bar mitzvah age) at the back, separated by a stone partition, and only kosher-approved films, featuring only male-actors and Bible-related storylines.

A spokesperson from Uber-Jew, the magazine representing the ultra-orthodox community, enthusiastically welcomed the move before going off to pray, while correspondents from international press organizations – amongst them, The New York Times and BBC – admitted they still didn’t get it, and that it all sounded ‘a bit weird if not extreme’.  Al-Jazeera reported that this would warrant ‘a boycott of anything Jewish’, before leaving early to call for the death of the Zionist state.

In a separate statement issued afterwards, El Al’s spokesman confided to The Israeli Daily that the move was primarily designed ‘to give flight attendants some fucking peace and quiet’ when dealing with the airline’s vast ultra-Orthodox clientele.

ISIS: “Muslims Discovered America…And We Want it Back”

Following Turkish President Tayyip Erdogan’s claim that Muslims discovered America in the 10th century, ISIS has jumped on the bandwagon, initiating proceedings to establish its right to ownership of the entire continental United States. The Multinational Jihadist Conglomerate of Incorporated Decapitators, commonly known as ISIS, filed papers late last week with the International Court of Justice, seeking redress for one of history’s great-alleged...

Killing for Your God Totally Reasonable, According to Recent Study

In the wake of another heroic murderous onslaught by three totally brave and noble guys at the French satirical magazine, Charlie Hebdo, a new study has brought exciting new data to light. Killing on behalf of your beliefs is, in fact, totally cool. Not all religious people are extremists, but even those that are, are totally stand-up citizens, and we...

Russia to change Christmas to May

The Russian Orthodox Church announced this week that it was evaluating a proposal to move the date of Christmas from 7 January to 15 May. Officials cited increased issues with access to holy sites in the Middle East around the December/January time frame. In a statement from Patriarch Kirill’s office the church stated, “we will be undertaking a consultation with...