Bloomberg: How Does One Billion Chinese Compare to Losing Billions of My Dollars? 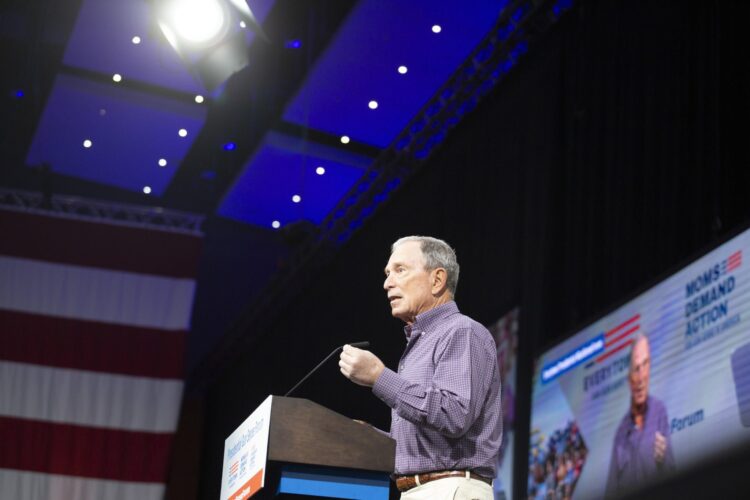 Michael Bloomberg did very poorly on Super Tuesday and the billionaire is now assessing whether to continue his campaign. There are speculations that Bloomberg’s alternative way of defining democracy might have had something to do with it. The Mideast Beast asked Bloomberg whether his recent refusal to call China’s Communist leader Xi Jinping a dictator might have backfired.

“Well, I said that whether Xi Jinping is a dictator depends on how you define dictator and democracy. Personally, I don’t think that China’s totalitarian surveillance state, where there is zero freedom of speech or information, no religious freedom and rampant persecution of anyone who does not adhere to the doctrines of the Chinese Communist Party, is a dictatorship. Also, I haven’t heard that Chinese people want it any other way. Have you?”

The Mideast Beast asked Bloomberg what he thought about the Chinese regime’s ongoing cultural genocides against Tibetans and Uighurs.

“Look, it depends how you define cultural genocide. The Chinese would probably call it ‘spring cleaning’ their nation. And the Tibetans and Uighurs don’t seem to want it any other way. At any rate, it’s not a uniquely Chinese phenomenon. Syria’s Assad has been spring cleaning Syria for nine years now and still Syria is due to have fully democratic elections later this year”.

“At the end of the day” Bloomberg concluded, “What I would like to know, is how the lives of one billion Chinese can possibly compare to the several billions of dollars that I would lose on my business dealings in China if I did not suck up to the Commies over there?”

Saudi Government and COVID Come to Agreement on Destruction of Yemen

Former ‘Empire’ star Jussie Smollett was attacked early Monday morning by a violent Coronavirus gang, the actor told Chicago police. Smollett was walking home from a nearby Subway restaurant when a group of Coronavirus germs approached him, according to his own account to police. Yelling, “This is Wuhan country!” the germs proceeded to cough in his face and wrap a...