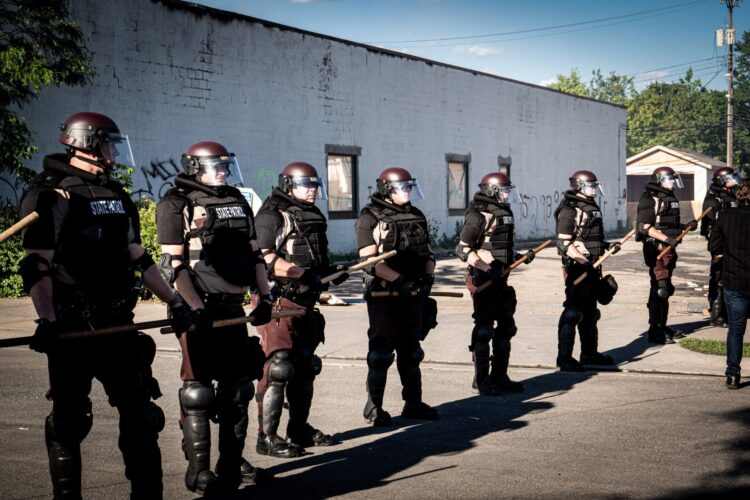 As Minneapolis and dozens of other US cities were burning during riots following the murder of George Floyd by a police officer, The Mideast Beast asked Syrian President Bashar al-Assad, who is known as a seasoned expert on handling crowd control, what he thought about Minneapolis Mayor Jacob Frey’s handling of the situation.

“Well, I am a gentle, polite man and I do not like to speak badly about others, but Mr. Frey is nothing but a beta male”, said Assad. “I mean, the man is a crybaby, a total pussy, sorry, “Democrat”. I thought it was hilarious when he asked the rioters to ‘please wear masks and keep social distancing’, I mean come on! Everyone knows that masks don’t work, W.H.O. says so! Also, I’m the one who invented permanent social distancing years ago, when I significantly reduced the population of Syria in anticipation of the novel coronavirus. The only way to stay safe, as you like to call it, is population thinning. Since I already did that thoroughly, is it any real surprise that Syria doesn’t have a Covid-19 problem?”

Assad continued, “Then there’s the whole thing with the police station that Frey allowed the rioters to burn. When that happens in my country, we just start playing whack-a-mole with civilians, take the leftovers to prison, and then proceed to throw the ugliest ones out of the windows. Such a time-tested (and fun!) method of efficient riot control, especially if there are any lingering losers standing below.”

Assad concluded his interview with TMB by letting everyone know that he’s only a phone call away if anyone needs a hand with “crowd control”.

Following the recent United States crackdown on sweet nicotine nectar, ISIS has come to the realization that their old methods of bombings, shootings, and public melon-slicing, are simply not as destructive or effective as they used to be. In the past week ISIS members have been seen collecting all guns from the hands of their fighters and replacing them with...

As cities go on lockdown due to the coronavirus pandemic, jihadists are increasingly finding themselves out of human targets, and therefore out of jobs. The European Union released a statement about the financial distress that Covid19 is causing terrorists from ISIS to Al Qaeda and Hezbollah: “The European Union is concerned by the shutting down of entire cities, and indeed...

In a rare public statement this week Syrian dictator Bashar al-Assad blasted Putin ally Donald Trump for only using tear gas on his protesting citizens. Although most leaders remained hesitant to criticize the “most powerful man in the free world,” for fear of international backlash, Assad took a bold stance against the US President and his use of force, specifically...