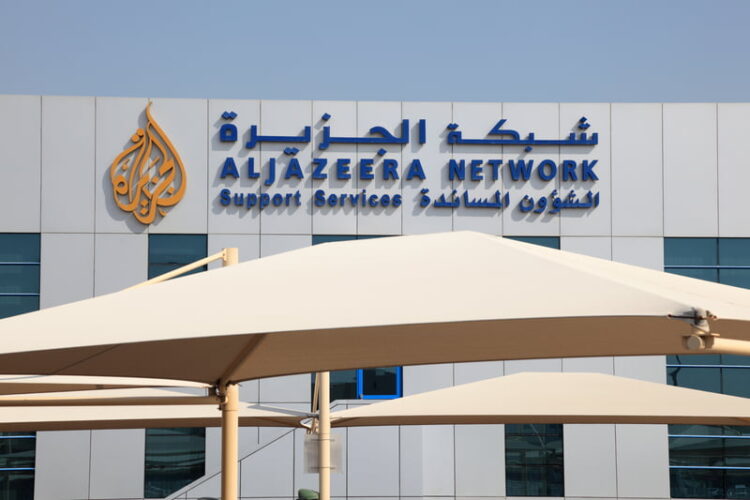 From the West Bank of the Mississippi, locals are tuning out Al Jazeera in droves due to lack of ‘real newsy stuff.’ Local soybean farmer’ Marvin ‘Tweets’ Furlough said, “When they first appeared on cable, we thought Al Jazeera might give us some juicy video from the Mideast, but now they’re showing nothing but rock-throwing punks and camel cutaways.”

A similar complaint came from Melvina Twerk of suburban Joliet. “We had high hopes for AJ when they first started, but now the ‘newsy stuff’ has nearly disappeared, and has been replaced by Netanyahu cartoons and really bad ‘Bibi’ puns in their newscasts. Personally, I’m in hell sending lust with  ‘Bibi’ and don’t appreciate their biased views” Despite AJ’s protestations of ‘fair and balanced’ news, West Bank locals see their news offerings as ‘unfair and imbalanced’ in favor of ISIS, Hamas and Palestinian freedom-fighter puffery.

A recent Al Jazeera report on attempts to clone Yassir Arafat from preserved DNA has left many in West Bank areas non-plussed due to ghoulish non-reporting and Islamic fluff. Also adding to local furor was a lengthy report from a supposed ‘Dome of the Rock’ on-site reporter who gave a running critique of the fashion sense of Western Wall visitors.

“That was just beyond the pale,” said local Joliet Elizabeth Arden Studio manager Murfetta Malloy. “This big thing now is basic black, and the AJ reporter didn’t have  a shred of avant attire awareness.”